Chat with us, powered by LiveChat

Desking Vs. Benching - Know the difference

An increasing number of new offices are starting to embrace and adopt the open-plan trend, all in an effort to promote more minimalist and collaborative environments. The furniture industry - manufacturers and designers alike, have noticed a shift in interest towards ‘Benching’, leaving behind the older desking systems.

As with most trends, facts tend to get misplaced or ignored along the way. One of them being the words ‘Desking’ & ‘Benching’ being used interchangeably. It’s important that key decision makers in the design process are educated in this topic. It avoids revisions and deviations from the approved design concept.

Let’s break it down as simple as possible -

Desking and Benching isn’t a simple tomato-tomahto thing. There’s a clear difference which isn’t too hard to spot.

Benching systems are essentially layouts that use long, shared worksurfaces to connect workstations. To the uninformed, it’s simply a metal frame and table based structure- thus giving it a lighter feel.The absence of panels and minimal separation means more open communication between staff and teams. It is the open-plan layout in it’s truest sense. Separating work zones involves the use of screen and simple storage items like pedestals. It’s a great way to ensure larger number of people to work within a smaller space.

Desking systems on the other is more versatile, allowing for a greater degree of creativity when it comes to configurations. These usually go hand-in-hand with panels and allow for creation of ‘Clusters’ of desks, for specific number of people to work together. Desking also comes with a number of casegoods or storage options with it’s familiar combinations, which is not possible in benching. The storage components that act as a divider/power carrier are called ‘storage spines’ 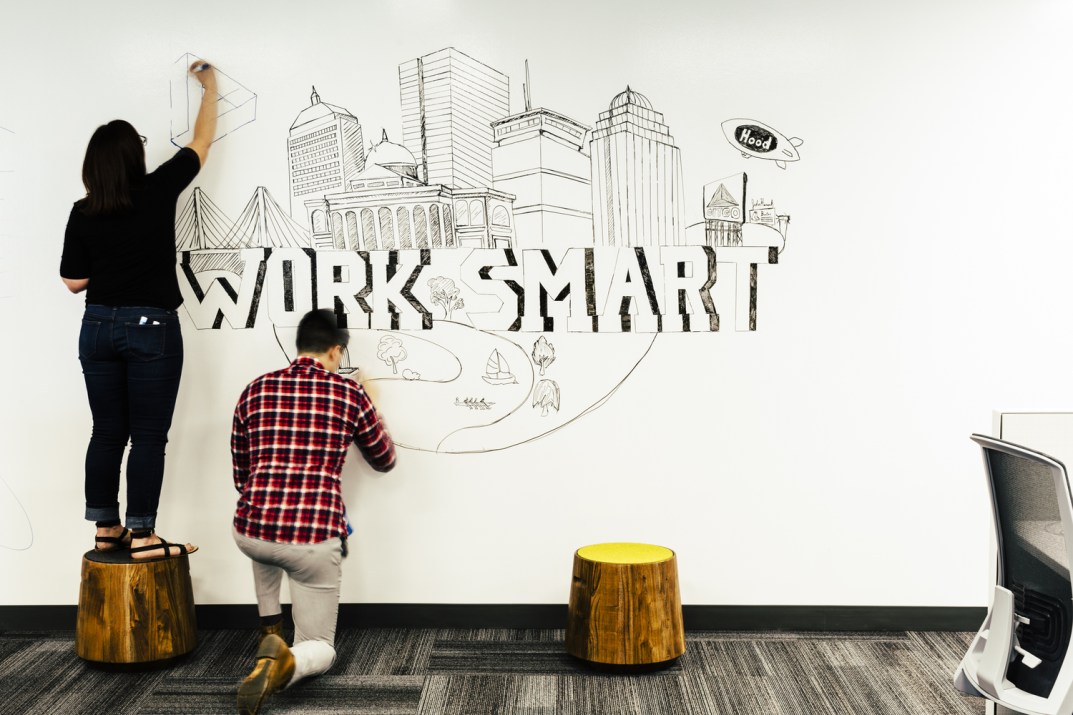 Writable Walls - A Simple Guide to Choosing What Works 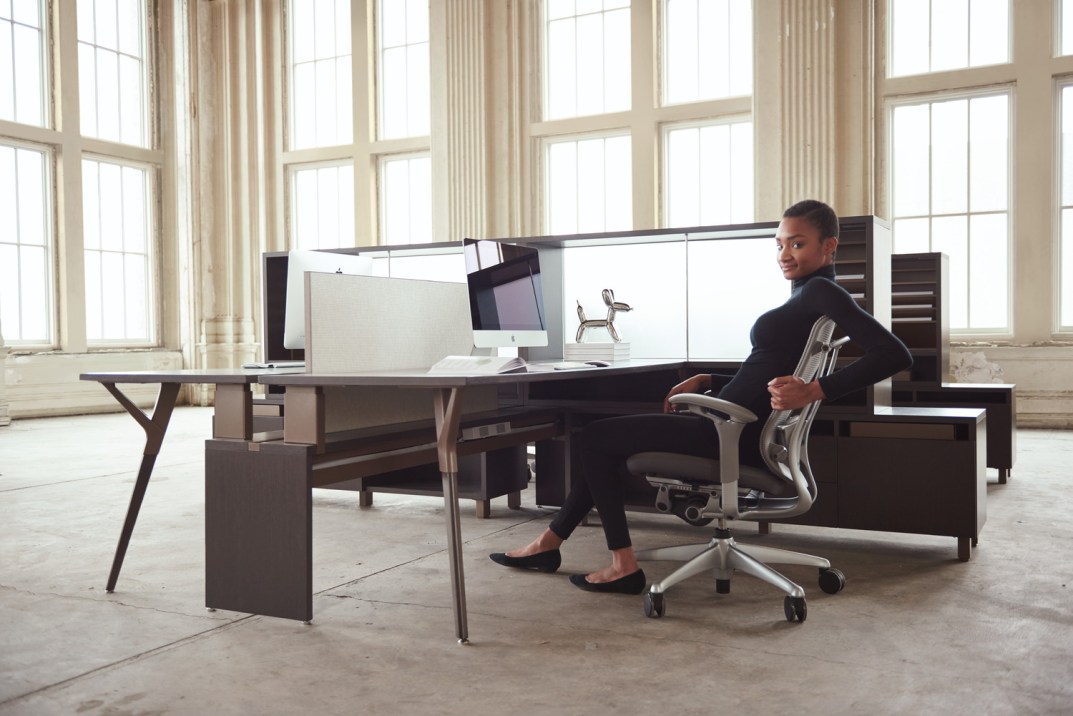 Desking Vs. Benching - Know the difference 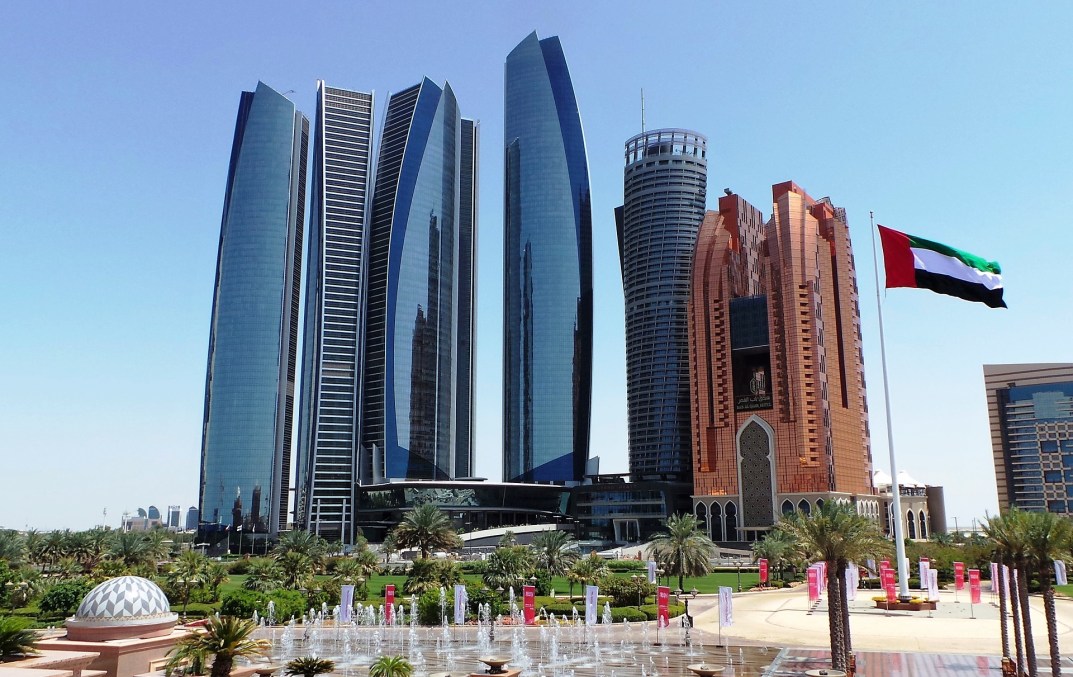 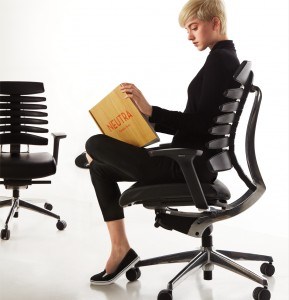 The not-so-technical guide to picking an ergonomic chair 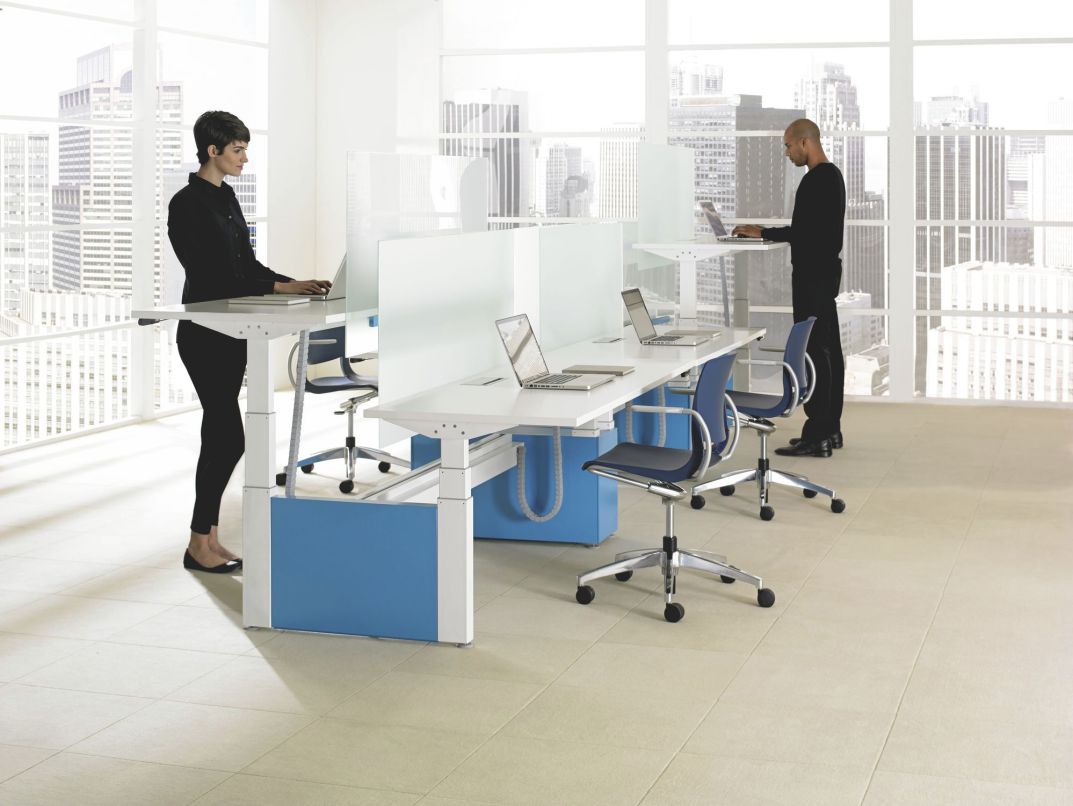 Height-Adjustable Desks - Here's what you need to know